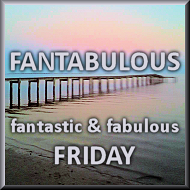 Snow pools like melting vanilla ice cream from a sugar-cone on a hot summer day. Far be it from sweltering, yet Elmira is hardly a deep-freeze. It's nearly 40 degrees, partly sunny and I step outside wearing my hoodie and hiking boots for winter gear.

Grendel, our male GSP who never gets to roam off-leash, is attached to my waist. I've rigged his harness and lead to a waist belt, allowing him greater freedom of movement while keeping him anchored to me. The bonus is that I'm hands-free to snap photos. It's not ideal, but affords both the dog and me a bit of freedom outside.

All goes well until we reach Elmira Pond. Misjudging where grass gives way to ice, I'm unaware that we are on the pond. This miscalculation comes into play as Bobo, our female GSP who gallivants off-leash daily, charges at Grendel, leaping over him in a crash of dog bodies. Grendel pulls hard and I discover the slick ice beneath the snow.

Tread is no help. I go sliding, momentarily upright until my boots point skyward and my left cheek (not the one on my face) is throbbing from the smack of contact. I'm now tangled in the lead connected to Grendel. In a moment of foolishness, I unhook his harness.

Trotting free, I'm wary. Grendel is loose and the neighbors have a herd of outdoor cats--fair game to a GSP. Whistling, both dogs come to me, but not close enough. Just as I think Grendel is going to bolt, he smells the duck nest on the far side of the pond.

While he's occupied, I get distracted. Geese are flying low, searching for open water. Elmira Pond is not yet open to the migration; if it was I'd be over my head in water where I stand. Snapping some shots at the geese, Grendel begins to dig at the nest. I begin shouting, "On by!" It's a musher's term to communicate to the sled dogs, "Ignore that squirrel."

At least he's stationary, so I walk across the pond to fetch him and save the nest. Just as I get close enough, he bolts. Sure, I could have dove after his harness but one fall on the ice is my daily limit. Now he knows he's free and he kicks in the dog-rockets and is gone. I stand on the ice calling in a sing-song voice, then shouting loud enough to make moose march in line.

But no dog. Soon, I see the run-away; a dark brown spot clear across the neighboring Blue Bird Ranch. They have no cats. But now he's hit the dirt road past the ranch and is running toward a farm. They have chickens.

I've never prayed so hard for chickens in my life. Miraculously, Grendel blasts past the barns, the coop, the house. Suddenly I realize he is running straight for Highway 95. I yell his name so loud, my tonsils vibrate. Still he runs. So do I, in clunky boots on ice like I was a clown for the Ice Capades.

When he actually reaches the highway, my chest  compresses and my throat constricts. I stop running, watch cars hit brake-lights, hear the Jake-brake of a logging truck and take in the horror film that is my dog running down the highway as if he was a four-legged car. It's the scary scene I can't watch and I stare at my boots instead, quaking, praying.

Not hearing horns or squealing tires or worse, I look up to see that Grendel has reached our property and  veers off the road, bellies under the fence and is now running to me. Legs like jello don't move fast but somehow I sprint in a shuffle his direction. Just as he nears me, he dashes away. This time I dive for the harness and capture him.

All's well that doesn't end with my dog splattered on the road. I now have a fantabulous scale for fear--cats ranks high, chickens higher and highways highest.

Join host blogger abitosunshine for more fantabulous tales on Fantabulous Friday. Most things fantastic + fabulous are not fear-rated.
Posted by CharliMills at 9:03 PM