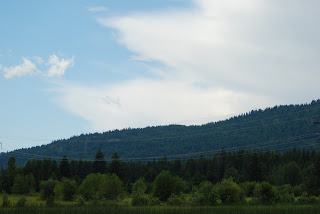 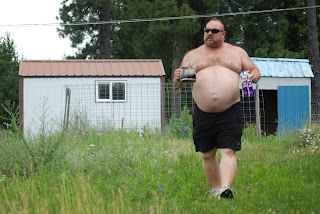 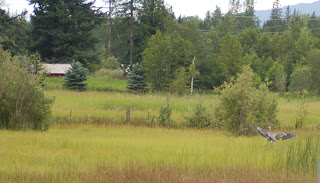 Day begins with a smear of white clouds across a blue-glass sky. The tree swallows have abandoned their cause to build brick-and-mortar dwellings on the south porch only because they are squatting on the west porch. Todd is home from Moses Lake and I show him the hose; it's his turn to battle swallows.The pond is so clear and calm this morning. Todd is butlering coffee to me under the apple tree, all he needs is a bow-tie to match his shorts and sun-glasses.

Blue Heron flies to his favorite hunting grounds where tall reeds engulf him. As he spreads his wings his feathers look rough. It makes me itchy to think of molting, or perhaps those are just mosquito bites I'm feeling. Blue Heron's head is looking whiter to me, as if he's shedding his distinct feathers of the mating season. Since he's a guy, I don't get to watch the Lady Blue Heron and babies he's fathered elsewhere. But I'll settle for watching him. 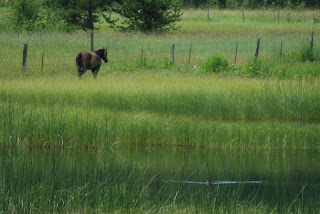 The horses decide to tromp through water-slogged grass to munch in the far southwest corner. In this short span of two cups of coffee, the clouds darken. Yet something is moving along the train tracks, and it's not a train. It's a flock of Canada geese, walking south on the Canadian tracks. Before the rain sprinkles, Canadians invade the pond. I am delighted to count 14; the same number of goslings that once made their start in life on Elmira Pond. 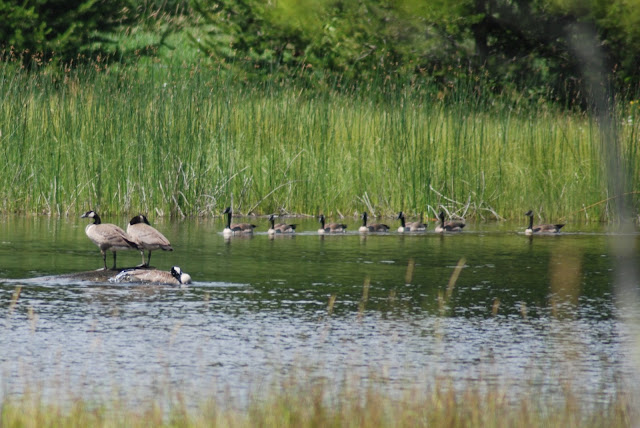 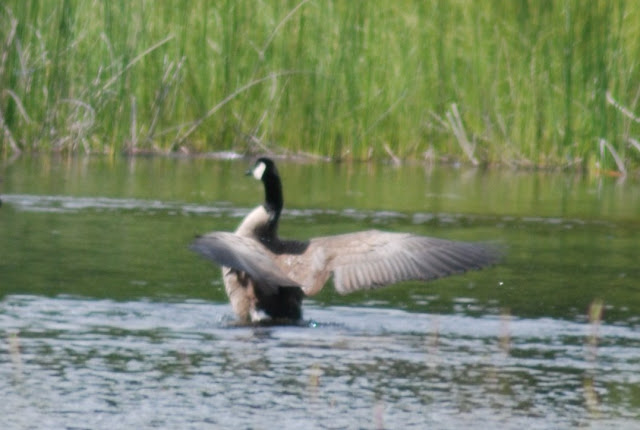 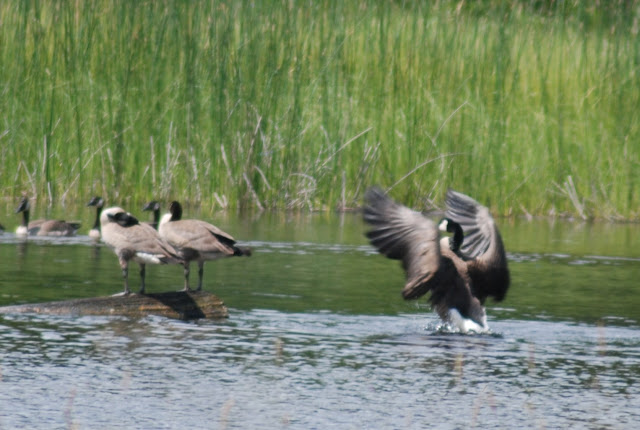 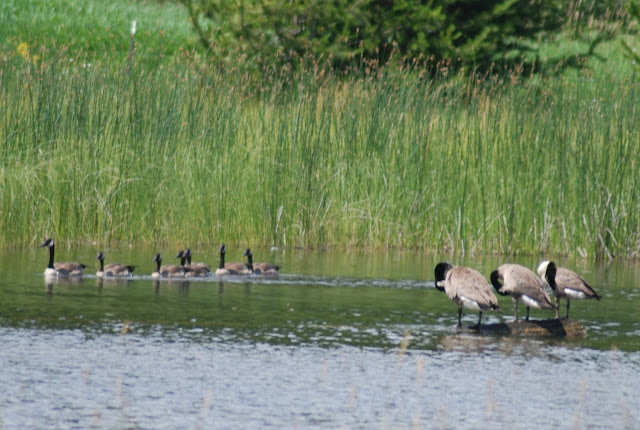 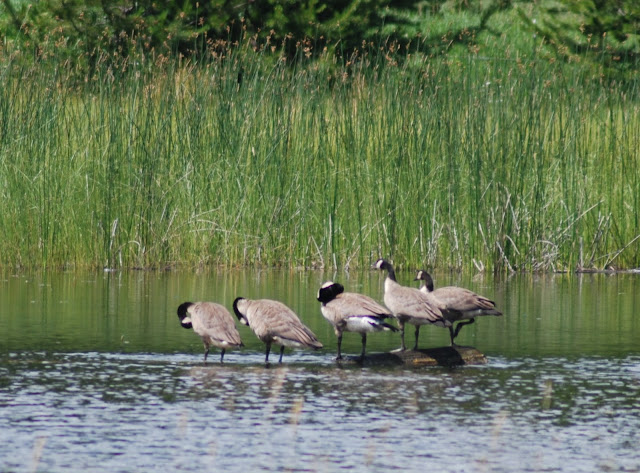 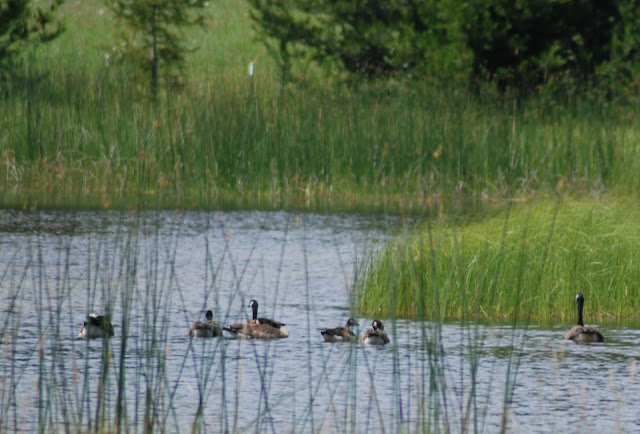 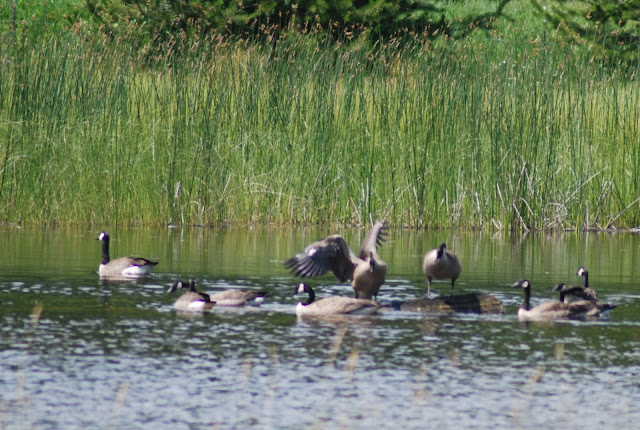 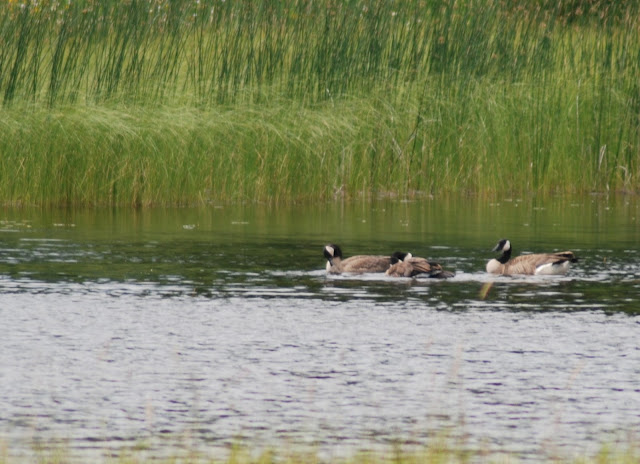 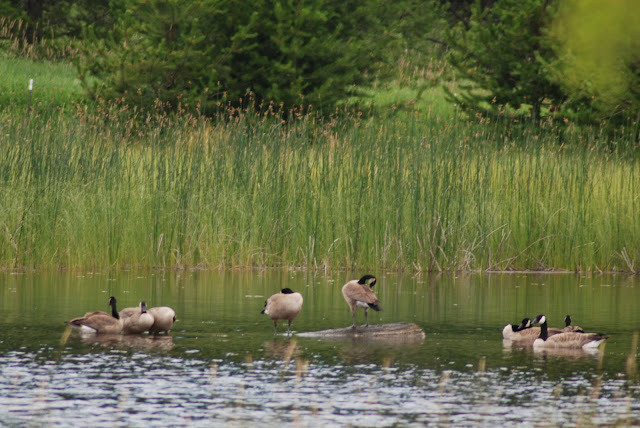 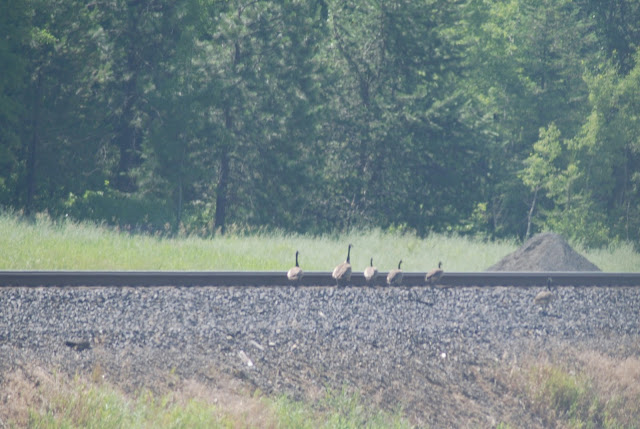